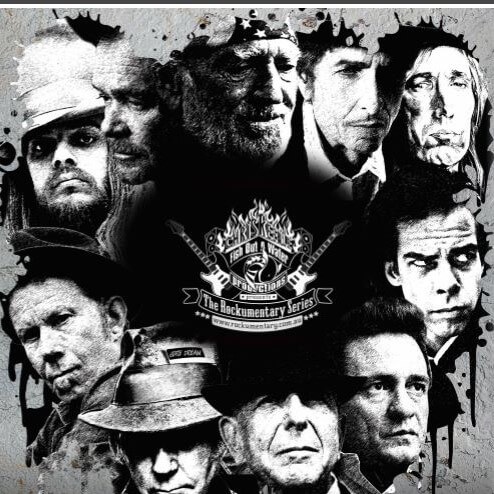 You know its great entertainment when you just want to write about it! Instagram it. Facebook it. And that is what happened last night at Canterbury Leagues Club with The Songs and Tales of Angry Old Men.

This show is part of the rockumentary series and designed to explore the men that wrote the anthems and the protest songs of our collective musical past. The on stage performers tell behind-the-scenes stories

whilst the big screen flashes images and video. So you meander through a music history landscape “meeting the musos” through the songs and stories and stop along the way to pay homage to some of the greats. The show offers a brilliant range of classic hits from Tom Petty to Bob Dylan,  Leonard Cohen, Jackson Brown, Willie Nelson, John Mellencamp and many others. And it works so well!

Surprisingly, the show includes male and female vocals which is a breath of fresh air across the potentially dark brooding of the content. Di Solomon’s voice is just gorgeous and her bright on stage personality shines brightly and because of this she adds a very valuable audible contrast.

A top of the range ensemble of local musicians perform the songs smoothly and confidently, almost as if performed by the original acts themselves, which ultimately creates the perfect sound platform for this exploration.

The songs explored are written by people who made us sit up and think. Musicians who educated, protested, marched and used their pens and guitars as the mightier sword. But if you’re worried that the spirit of the room would be too serious, don’t be.

Producer and writer of the show, Chris Keeble, has done a superb job of choosing the best songs that represent the performer. She has cleverly linked the show together with interesting facts and footage and funny anecdotes. So whilst these are the songs and tales of angry old men, she’s found the lighter way of highlighting them. And the result is this outstanding show.

Great entertainment suspends time. You arrive, get caught up in the show and then leave slightly disorientated by the time warp. Did that really take 2 hours? Why is it over so quickly?

This show has that great entertainment value because it is so well constructed and curated. It was evident by the audience reaction; they were glued to the stage, absorbing and applauding. There were very few people talking or disrupting the show. And of course the rapturous applause and calls for encores are a big clue to how they were feeling!Lets be honest, there is nothing better than the feeling that you’ve spent money on great entertainment. And this show has that feeling in buckets.

The auditorium at Canterbury Leagues is perfect for this style of show; great sound and lighting, well respected sound operator, plus some of the friendliest service staff in club land. So the end result of a great show combined with a great club environment is a superb night out! And isn’t that ultimately what we are all in this business for?

Well worth the time and effort. A great night out all round.

You can find out more about Angry Old Men here: