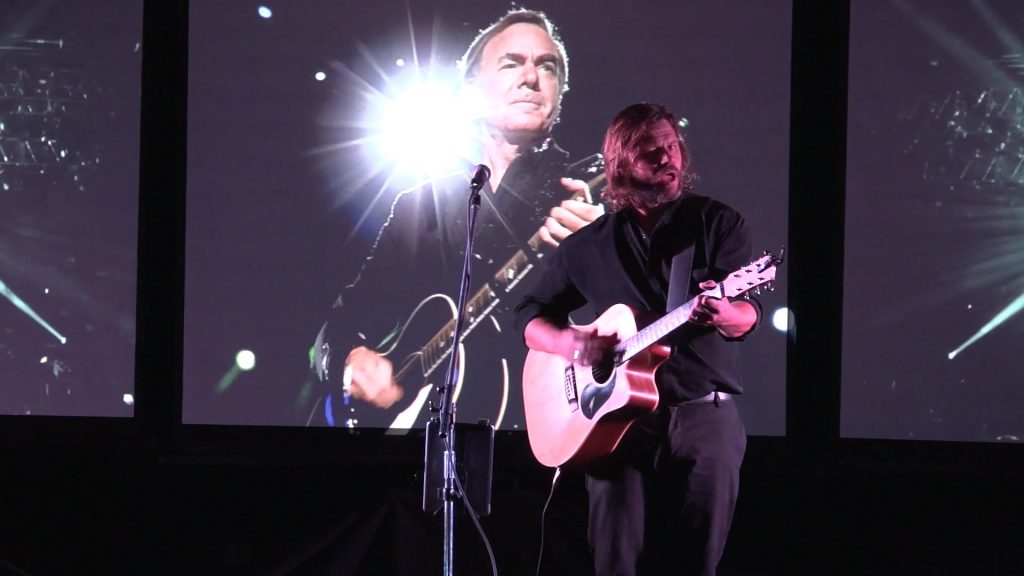 All Things Entertainment is proud to announce the first tour of the Neil Diamond The Man The Music Tribute Show by Craig Stewart’s first tour to Tasmania.

‘Neil Diamond – The Man, The Music’ is a live performance which tells the story of Neil Diamond, from humble beginnings as the son of a shopkeeper through to being a genuine global superstar. The show features numerous interviews and behind the scenes stories of how some of Neil’s most loved songs actually came to be – all presented in Craig Stewart’s distinctly intimate style. And for the first time in the show’s history, it will be travelling to Tasmania to complete 11 performances in every corner of the land including: Hobart, Queenstown, Campbell Town, Port Huon, Berriedale, Orford, Ulverstone, Dover, Brighton, and Wynard.

“It’s all about the story. If you take a close look into any great song, there is always a great story both somewhere behind it and being conveyed within the lyric”. Singer/songwriter Craig Stewart should know. Known throughout the music industry as ‘The Storyteller’, his songs and shows bring to life the stories he has both gathered and sought out over a 20 year musical career. And has he got a story for you!

Featuring approximately 30 of Neil’s most loved hits – from Cracklin’ Rosie, I Am I Said & Sweet Caroline through to a special ‘Hot August Night’ tribute – audience members are left in no doubt as to why Craig Stewart is regarded as a ‘master craftsman’. With more than 2000 shows to his credit, he was described in a national music magazine as ‘one of the most listenable singers to emerge this century.’ He has performed as a feature artist at numerous festivals throughout the country, been a two time ‘Toyota Starmaker’ grand finalist, released four original albums, is endorsed by Australia’s premier acoustic guitar manufacturer Maton Guitars and has been either a finalist or winner of multiple awards. The culmination of this experience is ‘Neil Diamond – The Man, The Music.’

There is another major aspect of ‘Neil Diamond – The Man, The Music’, that is the final ingredient in the show’s success, that when combined with the quality of musicianship on offer, has led to venues almost universally declaring “that is the best show we’ve had!” That ingredient is the big screen imagery.

Quite simply, it is both extremely unique and breathtaking. The show’s massive backdrop combines multiple projections to display over 700 photographs that complement the music to perfection.

Catch Craig Stewart live at one of the following 11 shows this September 2018.

This April, the Neil Diamond The Man The Music Show will enter into it’s 4th year under exclusive representation with ...

Remembering The Carpenters The Up Close and Personal Tour 2018 Lisa Budin Price is renowned in Sydney circles for her ...