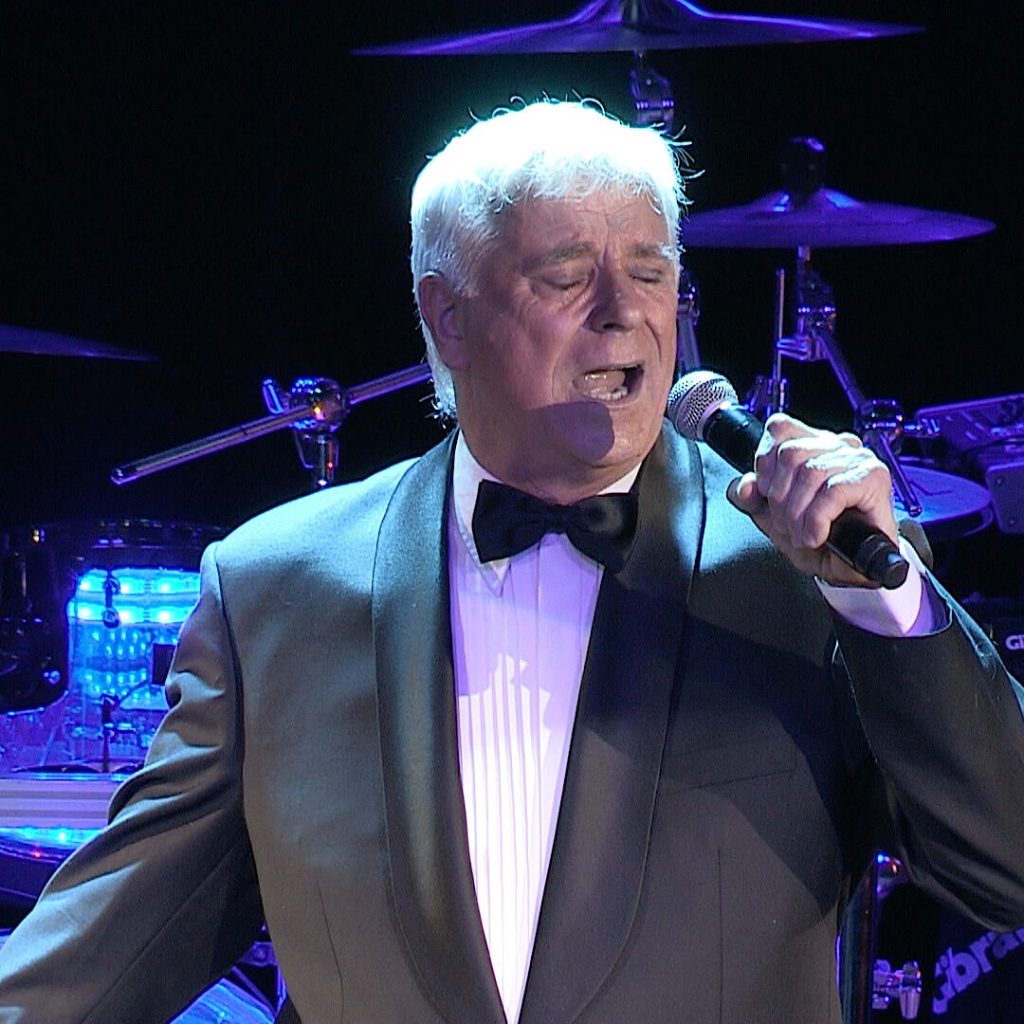 Doing it his way: meet Edwyn White of “Let Me Be Frank” fame…

Channeling the formidable Chairman of the Board may be all in a day’s work for seasoned entertainer Edwyn White – but it’s not something he ever finds tedious. “Of all the shows I’ve been involved with, my own show, ‘Let Me Be Frank’ is by far my favourite,” says Ed. “It gives me the opportunity to be myself and sing the songs that I love.” Ed’s Frank Sinatra tribute shows clearly hit the right notes, too, judging by the enthusiastic feedback of fans after each performance. But that’s what 50 years in the music industry teaches you: how to channel passion, energy and real talent into a powerful entertainment package… All Things Entertainment had a chat with Ed.

“I’m not one of those complicated, mixed-up cats…” – Sinatra

Ed’s love of music and performing was born at the age of 10 while living in the town of Potters Bar in England. He remembers the very first song he heard that made him think, “that’s what I want to do!” “It was in 1968. I heard the Seekers’ song “We Shall Not Be Moved”, and then I learned it with my brother Colin…and we did it in harmony as a duo!”

Other musical influences while growing up included the likes of The Beatles, Gerry & The Pacemakers, Tom Jones and John Farnham. Besides his brother, Ed’s father was also a music lover – but a formal musical education wasn’t on the cards. “I’m 100% self-taught,” says Ed. “And I never kicked against having to practice music or singing. I loved to practice!”

Ed’s career began when he joined his brother Colin in the vocal harmony trio “Motivation”, subsequently touring New South Wales and working some of the “biggest rooms in club land” throughout the ’80s.

His love for vocal harmonies continued in the duo “The Ainsley Brothers”, which he started in the ’80s. What is it about this style of singing that appeals to him? “I just love vocal harmonies. Even when I’m recording myself, I’ll add harmonies…”

These groups usually did renditions of the big ballads popular at the times, “songs from groups such as The Bachelors and The Vogues…”

“Our biggest challenge back then was getting an agent to give us a go,” Ed remembers. “However, persistence was the key!”

“Let Me Be Frank” and new show “Sinatra and Friends” are only the latest projects fledgling at the end of a long line of successful endeavors since those early days. Ed’s conceptualised and been a part of projects such as the dinner theatre show Frogs on Toast (for which he received 3 MO Awards in the “Best Show Band and Production Show” categories) and his touring instrumental duo Wyldetimes.

This multi-talented man earned his theatre chops as well, as a member of “The Major Oak Theatre Restaurant” cast for well over a decade. And to top off his acting and singing abilities, he happens to be genuinely funny… A good thing, since comedy show “False Idols”, in which he and his duo partner Amanda channelled the likes of Mick Jagger, Britney Spears and Amy Winehouse to hilarious effect, depended on it. This show mixed comedy send-ups of celebrities with dance routines and music and remains something that Ed is proud of. “I felt that ‘False Idols’ was successful because it was fast-moving and extremely funny. Its only barrier was trying to get the clubs to take it but when they did, they never regretted it!”

How does Ed approach his comedic side? “I’m not sure how I connect with my inner funny guy,” he muses. “It’s like I’m two different people. When I get on stage, I’m someone else. Comedy is subjective. What one person finds funny, another finds offensive. It’s a fine line that you have to walk and adapt to”

Ed’s adept at reading his audience to keep on comedy point, though: “Obviously you have to experiment and push the boundaries a bit. You’ll soon find out from their reaction what they like!”

“I’m not sure why Frank Sinatra’s music has had such staying power… There’s just something about it that you like. I mean, there have been so many artists around that have covered his songs or arrangements. Think Robbie Williams, Michael Bublé…”

Ed himself is fascinated by Sinatra’s music, style and timing. He stresses, though, that he doesn’t try to imitate Sinatra: “There was only one Frank Sinatra. My show is a tribute to the Chairman of the Board: the man and his music. It’s not an impersonation.”

When asked about some of the titbits and stories that make up his tribute show, Ed just smiles. “I have many interesting things to tell – but if I mentioned them here it would be difficult to use them in my show!”

Ed is similarly cagey about his creative process when putting a show together, saying that “that would be giving away trade secrets.” But he does share his thoughts on some of the challenges shows face in the industry.

Ed’s work ethic and passion are some of the reasons why All Things Entertainment enjoys working with him. “They chose me!” laughs Ed. “I was just sitting at home one night when I received a call from Nancy (Nancy Hillary, director All Things Entertainment) asking me if I’d ever thought of putting on a nice suit and doing a crooning type show. I said I’ve always wanted to do a Sinatra Tribute Show and she said ‘Great, put it together and let’s do it.’ And here we are!”

Ed doesn’t play favourites when it comes to big shows vs intimate performances, stressing that “quality, not quantity” is what’s important. “I love audiences with energy, so it doesn’t matter if it’s one or one thousand people, as long as they are receptive and responsive.”

Despite 50 years of hard work in the challenging world of entertainment, Ed still enjoys what he does. “I do love it when I’m performing. I love the reaction from the crowd. There’s nothing more gratifying than seeing people enjoy my performance.”

Sure, there might have been things that he’d have wanted to do differently… “There’s 20/20 vision in hindsight. If I knew then what I know now, I’m sure I would be in a very different place. But then again, wouldn’t we all!”

At the end of the day, Ed White’s done things his way. He’s celebrated the highs and survived the lows.

Ed White is available as a soloist, in a duo, presenting the Let Me Be Frank Show or the Let Me Be Frank and Friends Show. He is also a performing member of Vegas Reunion – a stage show imaging the years of Sinatra, Minelli and Humperdinck in Vegas – co-starring with Milko Foucault – Larche and Rickelle Brown.

All Things Entertainment and 2022

I had big plans for last year. All Things Entertainment and the big post-covid recovery extravaganza! But the universe had ...

This April, the Neil Diamond The Man The Music Show will enter into it’s 4th year under exclusive representation with ...