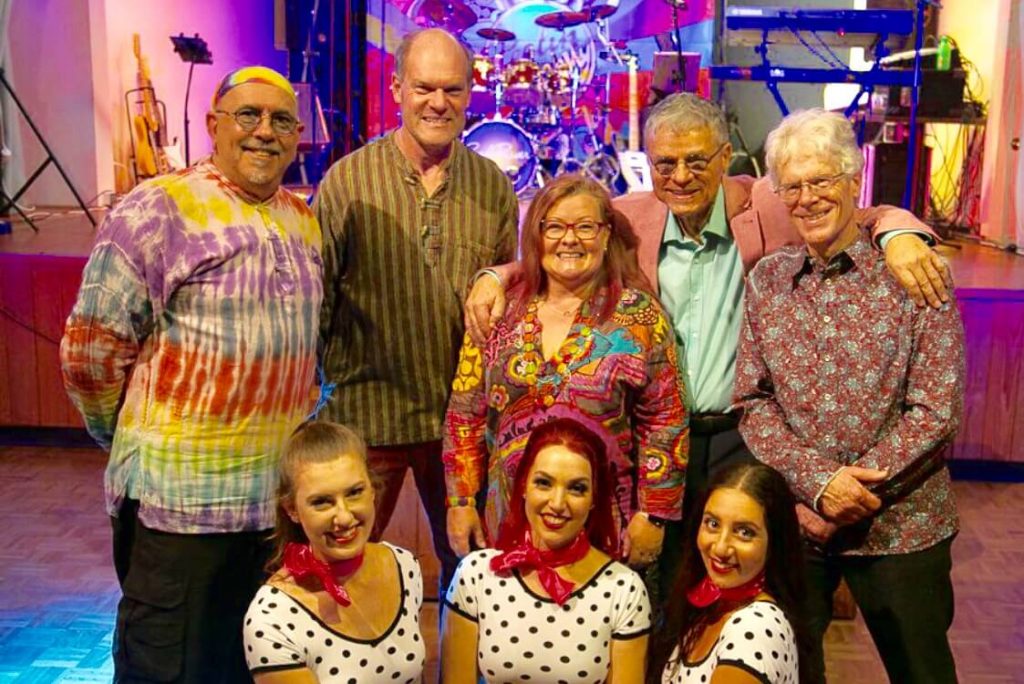 The Feelin’ Groovy Show is a musical walk through the most creative decade in human fashion, music and art, and explores all the music starting at 1960 and ending in 1969. The 3 hour show tweaks all the nostalgia buttons and is presented with live music by Cool River, with their male & female vocals and era contemporary clothing, and is enhanced with the energetic and vibrant dance moves of the three Riverettes.

Drummer Evan Ezra comments, “People will love this show because of its nostalgia value and the fact that over the 3 hour presentation there is not one song that you can’t sing along to.”

With a decade of hits to choose from, the massive song list the band can perform and that can be incorporated into a show which means that Cool River can make each and every show slightly different depending on the audience or requests.

Performing tracks from the Bee Gees, Small Faces, The Beach Boys, The Monkees, Tom Jones, The Beatles, The Rolling Stones, The Supremes, Nancy Sinatra, Tina Turner, The Righteous Brothers, The Kinks and of course Elvis amongst many others.

Cool River encourages people attend their show to dress up for a night of 60’s music dancing and to try their hand at some of the signature dance moves of the era such as The Mashed Potato, The Twist, The Loco-motion, The Shimmy, The Swim and of course, The Freddie!

See you on the dance floor!